All About Bloggy Boot Camp

I spent a lot of time looking up info about blog conferences and Bloggy Boot Camp in particular, so I thought I would share my experience with you.

I drove to Atlanta Friday. I made plans to stay with a friend and have dinner. Then BBC announced a Friday night pre-conference social. So I missed that completely. Love my friends, but wish I could have done both.

I did sign up for the breakfast the morning of, though, and that was nice. I was a little nervous coming in, but I took a deep breath, sat down and did what I do best - I started talking.

After breakfast, we all went down to the ballroom floor for the conference. We had a packed schedule including eight sessions. For each of the morning sessions we changed tables where we quickly threw business cards at each other then tried to figure out who each other were. It was a great way to meet people and I was happy to sit with some of my bloggy friends!

One of my favorite topics was Avoiding Bloggy Burnout from Stacey Nerdin who compared blogging to the Twilight series. Which I have never read or seen. But I still thought it was hilarious and informative. I have found my tribe (we are not vampires) and I'm making tough choices (I just wrote an entire post and decided I didn't like it - deleted! Stacey compared it to choosing Team Jacob or Team Sparkly Boy (who's name I can't recall)).

We had a TON of conference sponsors and many of them spoke to the group. Invisalign & Mirassou Winery were two. Loved the wine. Nobody in my world at the moment needs Invisalign, but maybe one day! 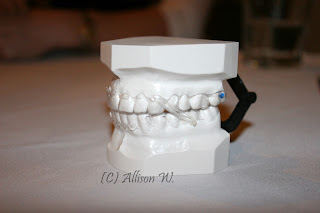 Lunch was appropriately at lunch time. It was typical. Moving on. 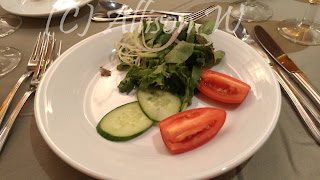 We did our breakout session, where I attending the writing track. I really enjoyed it and doing the exercises. Writing is my passion. The other track in Atlanta was business, which I have no head for and that's fine by me.

After the sessions we headed back up to the 25th floor for the cocktail party. I loved the cocktail party. It was fun to talk to the women and make rounds to those I had not met yet. Of course, I also spent a lot of time with my little group where I timidly asked if they would be my tribe (no vampires necessary). It was a time to let a little loose and take those all important celebrity pictures in front of the Bloggy Boot Camp backdrop! 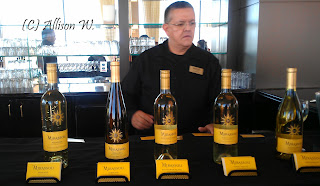 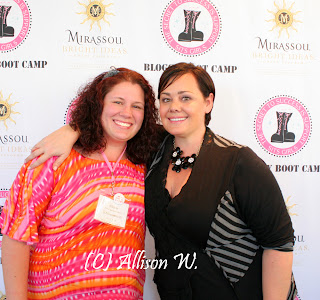 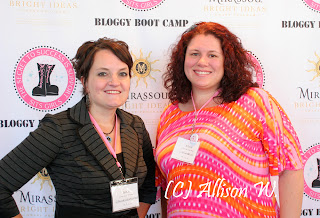 After the party, several of us went for dinner at the hotel restaurant. Special to Atlanta: there was also a costume party where I pleaded with someone dressed as Cruella DeVille to pose for pics with us. I told her we would make her famous! 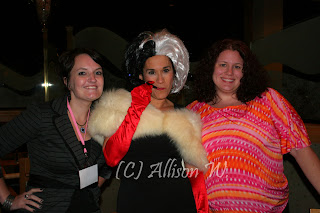 This is such a short version of what happened, but you probably don't want every single detail anyway, do you?
By Allison at 4:24 PM