If you know me, you know I am not exactly technologically advanced. Thankfully my husband is. I have a cool touch screen phone and I can do everything from tracking Christmas gifts to tracking myself with the built-in GPS. I can not, however, properly make a phone call. It takes a while. But that's okay because who needs to talk on a phone when all we do is text anyway? Right?

I was thinking of the things that my kids see on a daily basis that they have no idea we ever did without. Here's a few of the things I came up with: 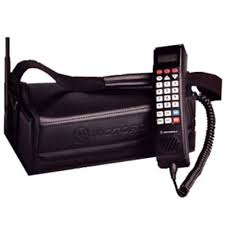 So that's just a few things that my children have never known life without. And when I tell them about life before WiFi and touch screens they'll wonder how we ever got on without them. And they're think I'm positively archaic. Nice.

What are some things your children have never known life without?
By Allison at 9:33 AM