Netflix is my new BFF

Things in our house are tight financially, yet it wasn't until recently that we realized that we could, you know, cancel some of the superfluous things we have that costs money.

The first thing to go was DirecTV. We've had DirecTV for 7 years. We're a little addicted. Tivo is the best invention ever. Nick Jr is the best channel ever - educational kids programming without the "I want that!" commercials between shows! Love it! But at $65/month, it was too much.

Someone suggested we give Netflix a try. I hesitantly looked it up. Streaming shows and movies any time of day? It's like constant pay-per-view. And we get one DVD delivered to the house as soon as we send in the last one? Wow. And it's how much? $11 a month? WHAT? Are you serious? My kids can watch Thomas and Carebears all day (not that I let them watch that much TV...no, of course not...it's off at night at least) and it won't cost me $780 a year?

Sign me up! We started it a week ago and I love it. The only down side is no Food Network shows. I'm addicted to Guy Fieri and he is not on Netflix. But it's a small price to pay. 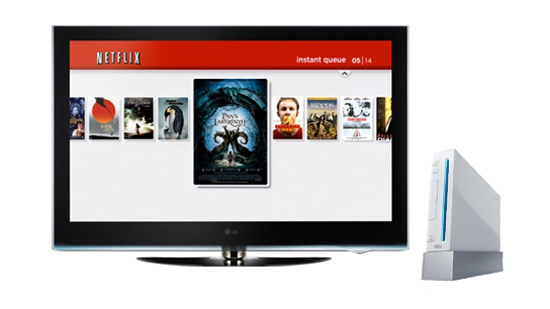 I've really been thinking of doing this myself... I just have so many questions. Can you get it on multiple tv's for the single cost? Equipment needed? I always like to hear what "real" users have to say before I start researching more seriously. Glad it's working out for you!

Sara - we only have 1 TV so I'm not sure how that works. I'm sure the website would explain it. You don't need any equipment, just a high-speed internet connection and a way to get it to your TV (we use the Wii).