The other morning my living room looked like a Toys R Us threw up. Rather, Toys R Us, WalMart and Candyland combined.

I am not a cleaner-upper type. I don't mind messes and I have a general outlook of, "well, I would clean it, but then the kids would just mess it up again, so why bother?"
SO as a result, my children are not great cleaners - at least at home. They seem to do okay elsewhere.

But I had read a tip earlier of taking 10 minutes to get a general tidy up. I thought, "I can do that." Actually, no, I thought, "The kids could do that."

So I found an online stopwatch and showed them 10 minutes on the count-down timer and told them that whatever toys left on the floor when the timer went off would be thrown in the trash. I had every intention of following through and cringed at the thought of tossing a few of the beloved babies and cars in the dumpster.
But I started the timer. At first they were picking up one thing here, one thing there... but when I said the had seven minutes left and Lightning McQueen and Baby Lulubelle were going in the trash if they didn't hurry they sped up.

I did pause the timer for an urgent potty run, but the resumed the clock and they had every toy off the living room floor with a minute to spare.

I can't believe it worked!

Now, almost everything was dumped into the toy bin in the play room, but whatever, it's the play room and my living room looks a little more like a living room than a day care center. So I'm happy.

So give it a try - 10 minutes, threaten the bejeebers out of the kids and see the magic unfold! 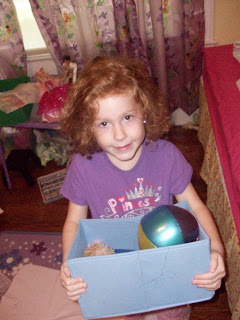 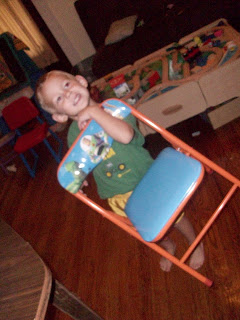