As you know I live in the great state of South Carolina. I love where I live. It's peaceful, beautiful, and the people are wonderful.

Looking at nacac.org, in 2010 nearly 1,700 children were waiting to be adopted from foster care in SC. And for those waiting - a majority had been in foster care over 3 years already.

For those adopted, the average age was 6 years old. And the average age of a child waiting to be adopted is 8. That's an average. Studies show that once a child hits 9 years old, the chances of him or her being adopted drops drastically. 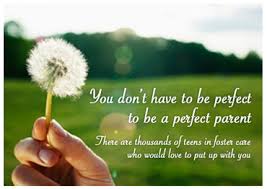 According to the site, white children are adopted more than other races. 42% of the children waiting to be adopted are white - and 53% of adoptees were white. 44% are black, and only 34% of those adopted were black.

14% of children in SC's foster care system were adopted in 2010. Amazingly, 83% went back to parents or a relative! That's so encouraging! (The remaining 3% either aged out, ran away, or were listed as "other.")

59 South Carolina children aged out of foster care without a permanent family. That means no family to come home to at Christmas. No family to encourage them in college, work, or anything else. Noone to turn to when they need help.