One of my biggest struggles as a parent right now is making sure my adopted child, Mac, knows that he is and always will be a part of our family. I think this is something all adoptive parents do throughout their child's life, but I guess I feel an extra need to do so now because I'm pregnant.

Right now it's easy - we have one biological child and one adopted child, one girl and one boy, and everything is even-steven. But with the impending arrival of bio-child #2 and boy #2 I wonder if our son will feel usurped in any way. 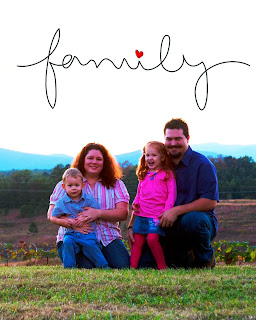 And yes, people will tell me I'm over-thinking this, and maybe I am. But, regardless, I never want Mac to feel like he's been replaced because we suddenly had "our own" son. I want him to always know he is our own son, even if his DNA is different from ours.

But the question arises how to do that. How do you make a 4-year-old feel secure when he doesn't recognize that his actions are pointing to feeling insecure? (He's been lying, acting out, and other things that tell us he's having a hard time coping with something.)

Right now my only answer is to spend a lot of time with him. I make a point of giving him extra cuddle time. When he misbehaves I'm trying to look at his motives and see what might have prompted his misdeed. Does he need some extra attention? Is he feeling left out of something?
He's very invested in this baby, too. He calls it his baby. He wants to listen to the baby. I hope that by feeling connected to this new baby he will also feel secure in his position as Big Brother.

I've talked to other moms who have adopted and bio children, but I think I have a unique situation in that most families I know adopted then went on to have bio children. Whereas we had a biochild first, then adopted, and are now having another biochild. Still, I am reassured that their adopted child(ren) have not resented their parent's biological offspring or felt like they had lost their position within the family.

If you are an adoptive and bio parent - what did you do to help your adopted child feel more secure in your family? Your feedback is appreciated!
By Allison at 7:24 AM